First, and foremost, Happy Mother's Day, to my mother who passed almost seven years ago.

Last night I went with three of my daughters to Silver Vine Winery for a tasting of the wines they produce.  We had chauffeurs ( our men) lined up so we could enjoy ourselves without any worry of the drive home!

I decide to leave my camera at home and use the iPhone camera but, after seeing the pictures,  I should have taken the Canon!    On the other hand, if  I had a better camera I would have taken more pictures and missed out on the wonderful conversation which flowed freely!

We each decided on three wines to taste, which were presented in wine glasses. As seen below in the picture, twelve glasses of wine can make for a very crowded table. Thank goodness, I didn't spill anything!!!    If I could offer the owners advice it would be to invest in smaller glasses, without stems, then present on the wine list as a flight!   Also, have your waitress know just a smidgen about wine.....just saying!

So many wines to choose from 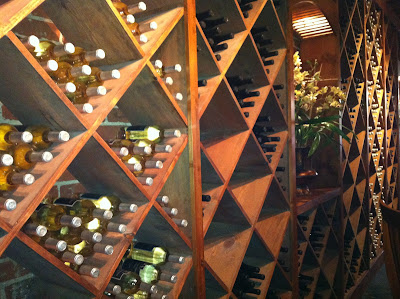 Small quaint winery which will be expanding in two weeks. We talked
to the owners who said the wine production will be moved to a warehouse which
will leave more seating area for patrons. 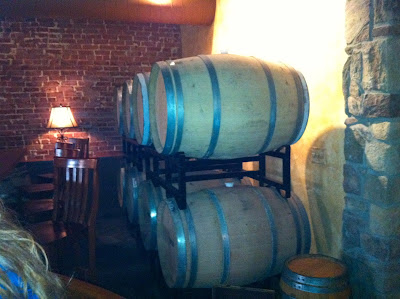 Enjoying the tasting.
We each sampled a White and two Reds.
All of us decided the Reds were far superior than the Pinot Grigio we tried. 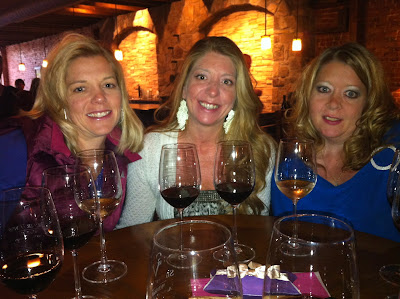 They offered a cheese board, which could have been taken to a higher level
but hit the spot for four hungry women! 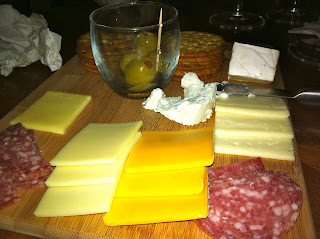 Thanks to my daughters for suggesting the Winery, this far surpassed our Mani and Pedi dates!

It was nice sitting around the table, enjoying a glass (or two) of wine, eating and solving all of the world's problems  with the Women I love!


Happy Mother's Day to all of you,