Thirty days of Thanks.. 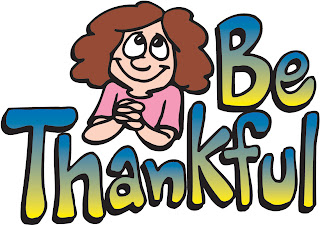 Today I am Thankful for a commentary I heard, on Channel 9 News, Tuesday night. In today's world, where it seems like every religion is OK except Christianity, I have become disheartened with the mainstream media. That was until Tuesday night when Drew Soicher, a Denver sportscaster,   gave a commentary on the new fad, Tebowing.
As I am sure you know, Tebowing is going down on one knee, in a prayer position, mimicking Tebow's (Bronco quarterback) prayer after a Bronco win two weeks ago. Was he the first sports player to offer up prayer after a game, absolutely not.  But, because of his notoriety, fans and people around the country have taken up the act of Tebowing. I guess this means that Planking is gone and forgotten.
I will be the first to admit, I am not a sports fan. I feel players get paid entirely too much for playing a game that does not mean a tiddly darn in the whole scheme of life. Also, I have been embarrassed for the Bronco Organization when one of their star players ends up in the Pokey. However, when Tim Tebow was hired two years ago, I admired his refreshing attitude. Here was a sports figure who was not afraid to acknowledge his Faith and Family, always putting them before his chosen career.  He is grounded, and that is what I like! And yes, I have watched a few of the games this season.
Anyway, back to my story. Tuesday night after hearing Drew Soicher's  commentary on Tebowing,  I almost stood up to applaud, sing the Hallelujah Chorus or dance a jig because I was that impressed with Drew, a member of mainstream media, sticking up for Christianity.