Have I ever shared my big, dark secret with you?

I am a terrible baker.  Not that I haven't tried to improve, believe me I have.  Oh, I can make a mean box cake, I am talking about baking from scratch.  Baking like my Grandmother,and Great Aunt, who baked from scratch using fresh ingredients, no preservatives, they did not take the easy way out and they added love into each item they made.

My mother did not bake. She was the house cleaner, while Grandma and Auntie were the Bakers.
Unfortunately, they did not pass down their skills to me. Let's just say I did not get the Baking Gene.

When I became a Nana, I wanted to make wonderful memories with the Kids, including cooking, playing games, crafting and going on fun excursions. I hoped to be the kind of  Nana that made wonderful homemade desserts that they would always remember.  I even bought this sign to hang over my oven! 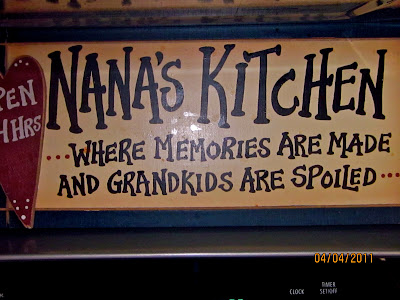 Yes, we have made so many wonderful memories over the years,  but the one that has eluded us is Baking the Perfect Cupcake

For the last year we have been trying to make cupcakes! At one time, my dream was to open a shop that sells delicious cupcakes like we had in New York., but after a few rounds in the kitchen, I knew that was not happening.

So, like I said, we have been making cupcakes for the last year. I bought a Cupcake cookbook, we picked out different recipes to try, then each time the girls spent the night we would try to make the best cupcake ever!!

And each time we failed. We followed the directions, tried our hardest and each time they turned out like Hockey Pucks. Sometimes the frosting would turn out but the cakes were always horrible to non edible. I will say, we have enjoyed some good laughs over our baking mishaps.

Our Motto "Cupcakes Will Not Defeat Us!"

My daughter's suggested we use a box mix and forget trying to make the cakes from scratch. Now, what fun would that be? We were not going to be defeated! I told the girls this morning; " We are Women,we can do anything we set our minds to "

We researched online, found a recipe, made altitude changes, bought the ingredients and began another attempt at making the perfect cupcake! The Perfect Red Velvet Cupcake! 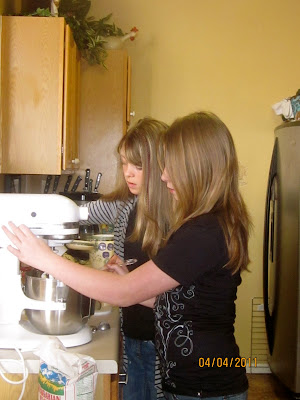 Next, it was time for the taste test,