Many years ago, when the grand kiddo's were younger, I decided to give each child one special gift for Christmas instead of many small things that would get lost in the shuffle. With such a big family, the kids do not lack for gifts and I wanted to do something special that they would always remember.
Early on, I decided to plan a special Boy's Day Out and, in turn, the Girl's would get their special time. By doing this, the Girl's could pick an activity more suited to them (they love mani and pedi day out) and the Guy's would do something more manly!

The Girl's, being older, usually pick out their special activity while I choose for the Guy's.

This year I bought the boy's tickets for the Monster Truck Show and if you could have seen their expressions on Christmas Eve when they opened their envelopes......well, it was priceless! They were grinning ear to ear, jumping up and down,  screaming their thank yous....Oh, I love these little Guy's!!

Last Sunday, all five of us ( earplugs in hand) arrived at the event center for two hours of  Monster Trucks flying through the air! The roar of the engines was unbelievable! Even with earplugs, the sound was deafening! It was an amazing show and, best of all, one truck was driven by a woman! 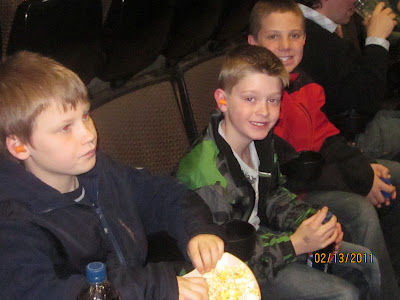 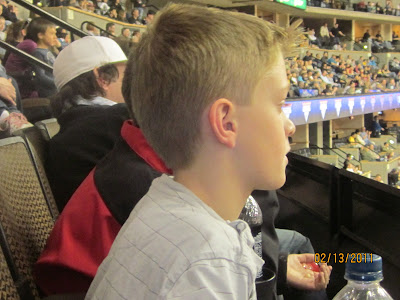