I do not know about you, but I am so thankful that tomorrow is Friday! I love to regroup on the weekend, spend extra time with Hubby and hopefully see some of my children.

To get ready for a fun weekend,  I will be linking up with:
Dollycas's Thoughts

WEEK 27 QUESTIONS
1. How many cookbooks do you own?
I own 28 cookbooks, but I have at least a GAZILLION recipes that I have downloaded from different sites on the internet. These random pieces of paper are in a folder, not in any order, and let me tell you it is a mess. I bought a 3 ringed binder to organize them but have not taken the time to start this daunting project!
My favorite cookbooks were found after my mother passed.  These cookbooks were owned by my Great Grandmother, Grandmother and Great Aunt . The earliest is dated 1904 and the latest was from 1935. 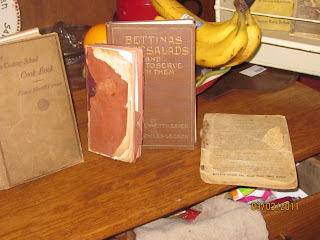 2. What is the most used electrical appliance in your kitchen?
The refrigerator because it is running all the time! 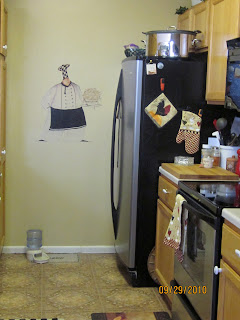 3. How many nights per week do you have take-out, delivery or fast food?
We seldom have take-out, or fast food, but we did go to Smashburger Tuesday night. I had a procedure Tuesday afternoon and was not allowed  solid food since the night before. To say I was starved, was an understatement!  Hubby treated me to a Smashburger and Root Beer Float!

I will also be linking with:

I hope you have a wonderfully weekend,
(((HUGS)))
Shawn